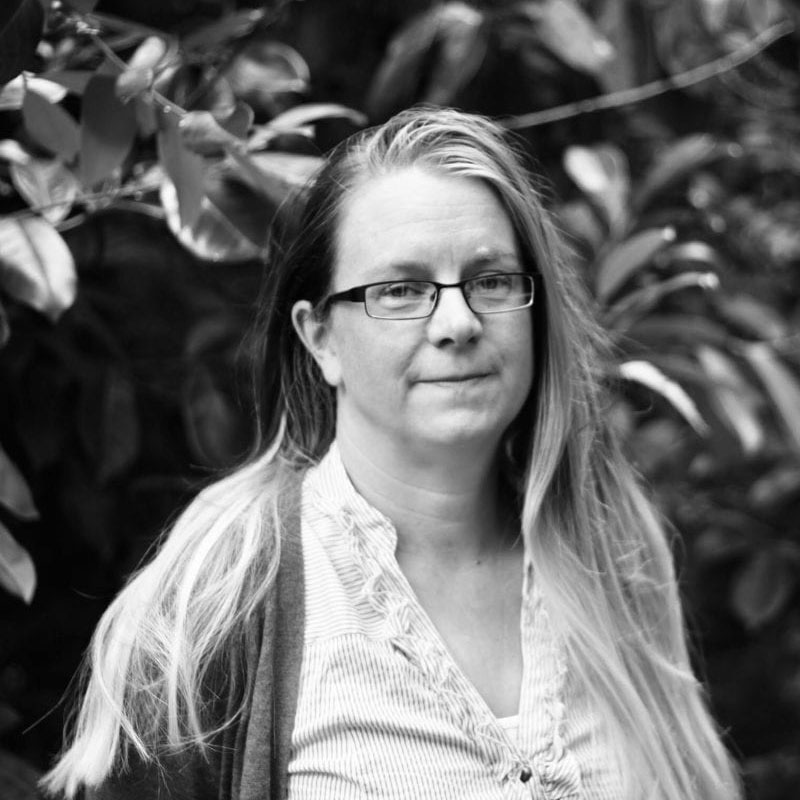 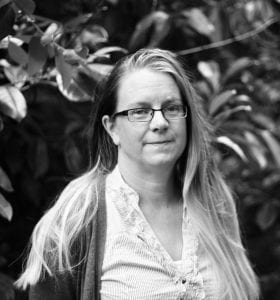 Zoe has over 20 years of accounting experience and is a Fellow of the Association of Chartered Accountants. Joining PeakGen in January 2019, with her breadth of knowledge and expertise, Zoe is instrumental in identifying and achieving efficiencies across the business.  Zoe has previously worked at Axa Insurance, Mears Group, Trinity House and Archant Medium.

In her spare time, Zoe is a keen green bowler and has won multi-county and club titles. 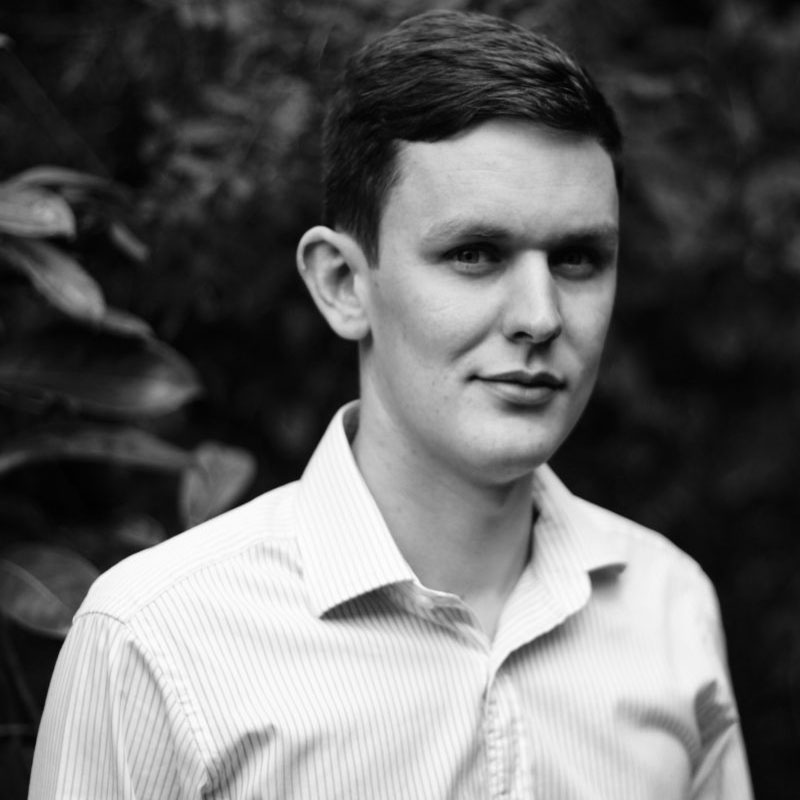 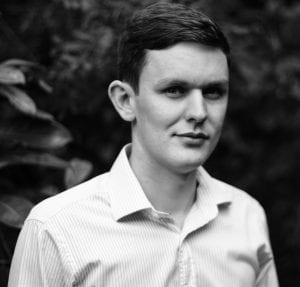 Matt graduated from Loughborough University in 2018 and joined PeakGen as a Commercial Analyst. Matt’s work focuses on developing strategies for the ancillary service markets and he advises on market pricing and competitor analysis. More recently Matt has been supporting PeakGen with its Business Development functions,  modelling new market opportunities for PeakGen. 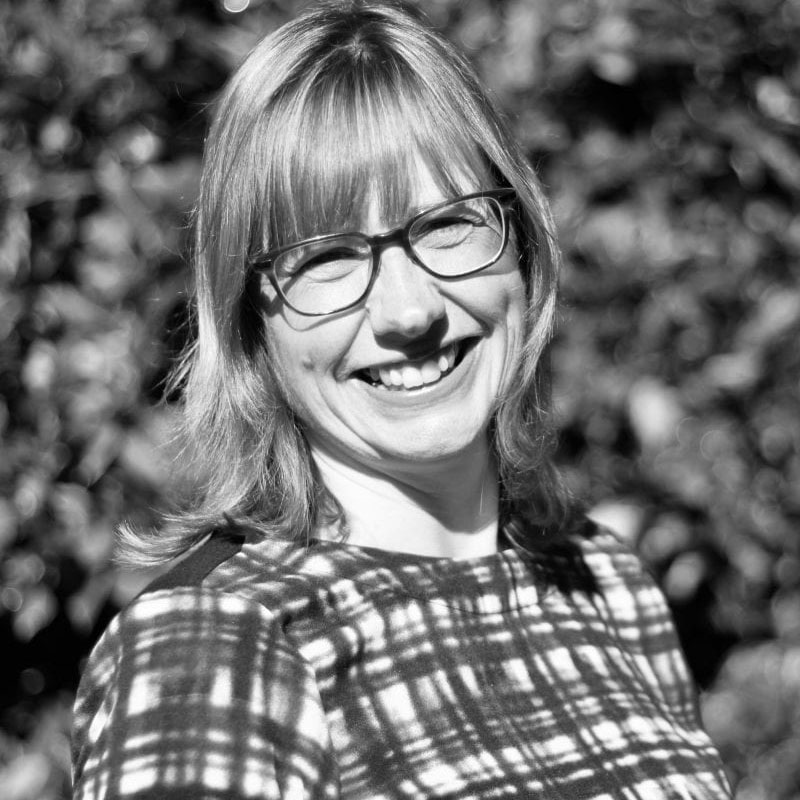 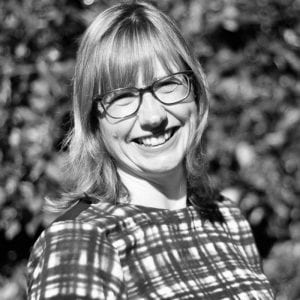 Sarah joined PeakGen in 2014, throughout her career with the company she has provided support in most areas of the business including operations, finance and legal, giving her a wealth of knowledge and experience.

As the focal point for the Operations Engineers, who work out on site, Sarah is pivotal in ensuring good communications are shared and that administration runs smooth and efficiently.

In her spare time Sarah enjoys theatre, travel and running.

Lesley has had over 25 years’ experience as a PA and  managing a busy office environment. She is Personal Assistant to Ian Graves and Jon Fairchild and with a further remit to ensure the effectiveness, efficiency and safety operations of the office. 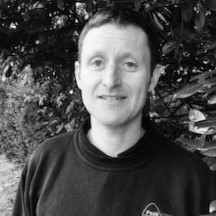 Andrew joined Peak Gen in 2015, he is responsible for the day to day running of 20 MW diesel power generation plants in Wales and the South West.

Before joining Peak Gen Andrew served for 12 years with the Royal Air Force as a Ground Electrical Technician; with the early part of his career working with temporary power distribution systems and specialised airfield support equipment, the later part was spent carrying out maintenance and rectification on satellite ground stations and communications equipment. 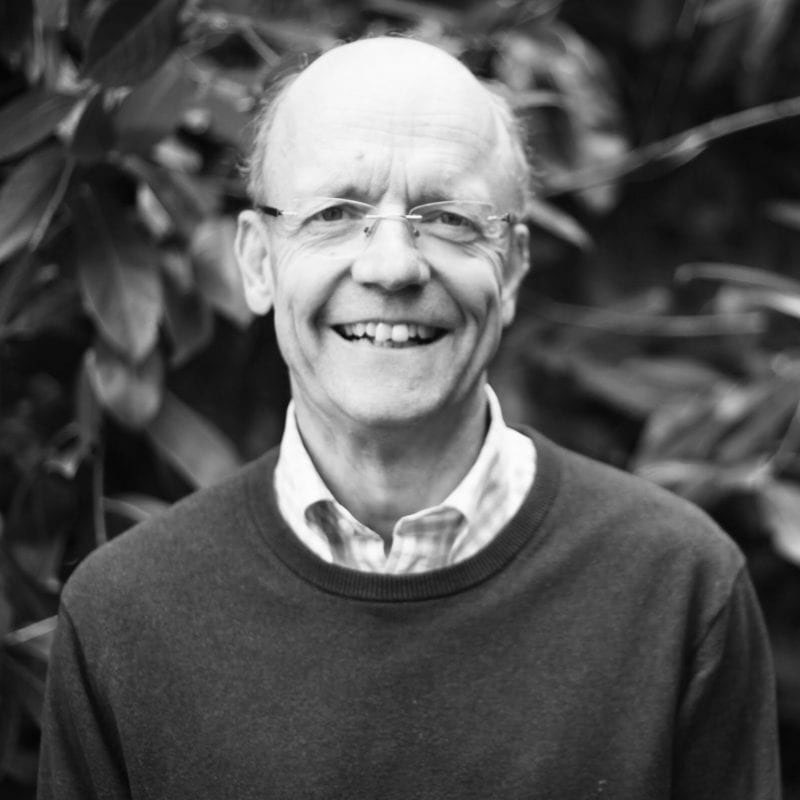 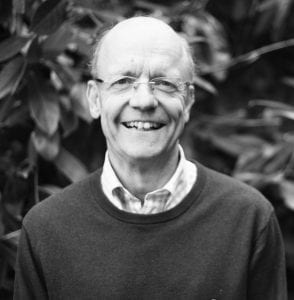 Mark has over 30 years’ experience in the power industry. Most recently he served as Chief Executive of PeakGen, which he co-founded in 2010.

Prior to joining PeakGen, Mark’s career encompassed a broad range of managerial and engineering roles in the power business and particularly at PowerGen plc – the UK energy business with an annual turnover in excess of £6bn. Ultimately he served as the Managing Director of their Generation Business, where he was responsible for over 9,000MW of power generating assets (conventional and CHP), and also for the development of the new Renewable Business.

Matt is the Senior Operations Engineer at PeakGen, overseeing the day to day operation and maintenance of PeakGen plants, as well as facilitating the adoption and implementation of new projects. Matt is a Senior Authorised Person  and is often in charge of switching down, isolating, earthing and applying permits to plant if they needs testing, maintaining, or replacing.

Jon has approaching 20 years of experience in the power industry. Most recently he was Finance Director at Ovo Energy, an electricity and gas supplier which grew from 15,000 to 90,000 customers in his tenure.

Prior to joining Ovo, he was Group Finance Director at Good Energy, a 100% renewable electricity and gas supplier where he led the project financing for the re-powering of their wind farm at Delabole, North Cornwall whilst growing the customer base by 5 fold. Whilst at Good Energy, Jon led their listing onto the PLUS market and the associated fundraisings on that market.

Jon trained as a Chartered Accountant with Top 10 firm Baker Tilly and he is a qualified Corporate Treasurer. He is a graduate of Southampton University. 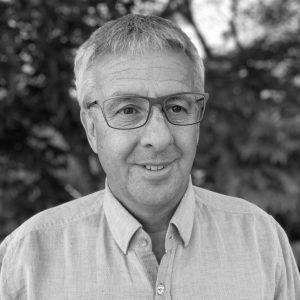 Tim has over 15 years’ experience in the power industry where he has held a number of operational and leadership roles.  Prior to joining PeakGen, Tim worked for Uniper (formerly E.ON) as a Plant Manager.

He began his career in the Mining industry ultimately becoming a Colliery Manager for UK Coal.

Tim holds an MSc from Warwick University in Business Engineering & Management, he is married with 2 daughters and enjoys spending time with his family. 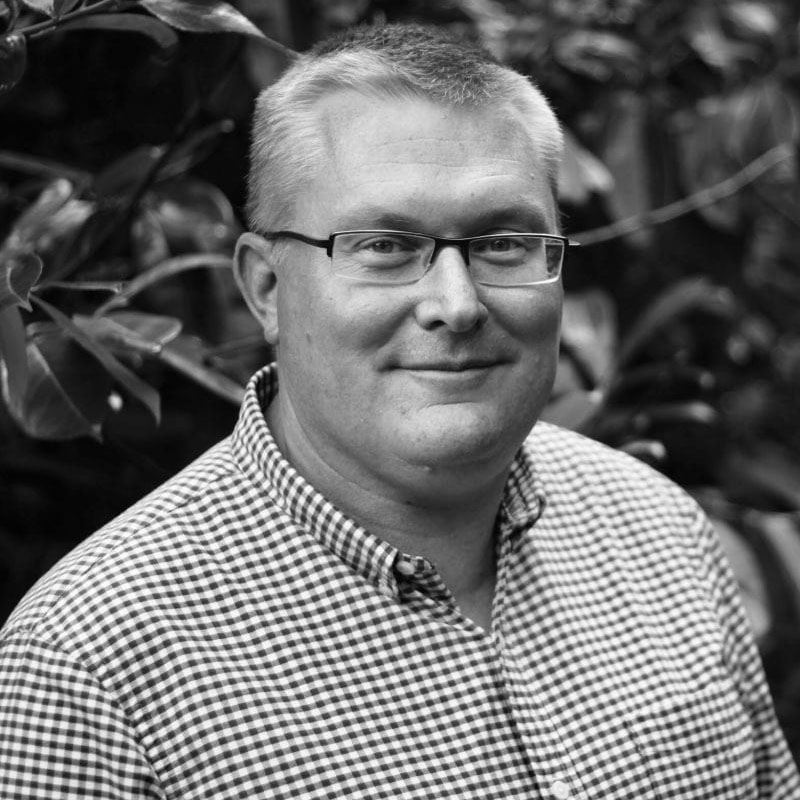 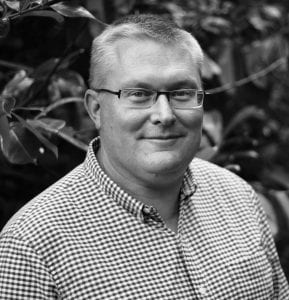 Ian has over 25 years’ experience in the energy and utility sector. Most recently he was Director of European Business Development at National Grid. In this role he led the development of Electrical Interconnection between the UK and Europe, as well as securing competitive network opportunities and developing ventures in Distributed Energy and the decarbonisation of transport.

Prior to joining National Grid, Ian’s career encompassed a broad range of leadership and engineering roles at Costain, E.ON and Burns McDonnell. He has also enjoyed a secondment with the British Government helping to develop clean energy policy.

He holds non-executive or advisory roles with other organisations including TNEI (Chairman), Western Power Distribution and the Birmingham Symphony Hall. 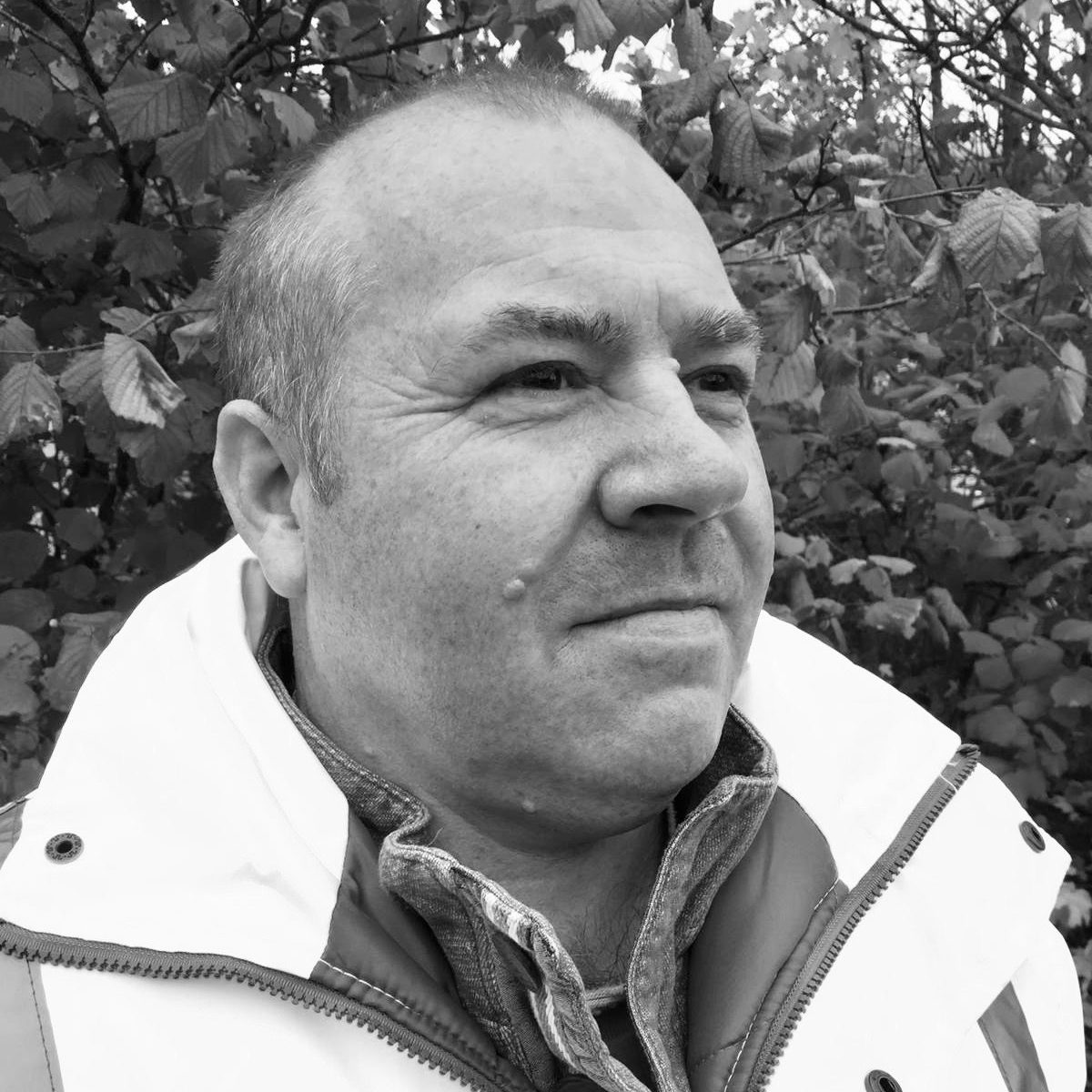 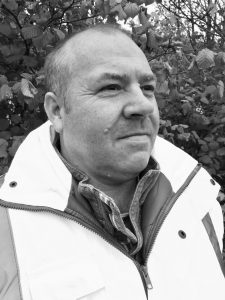 Garry joined PeakGen in September 2019, working part time as an Operational Site Attendant he is responsible for the general care of the generators at one of the PeakGen south west sites. Previously Garry served in the British Army for 20 years as a combat electrician driver in the Royal Signals.

Garry holds a nursing degree and also works part time as a Renal Dialysis Nurse with the NHS, taking care of patients with end stage kidney disease. In his spare time his hobbies include beekeeping, wine making and playing guitar. 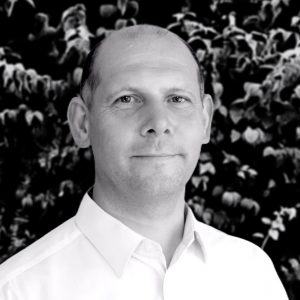 Andrew is an experienced chartered engineer and director with developed skills in leading high value complex projects within the energy and construction infrastructure sectors. He is a results driven creative thinker with a keen eye for commercial advantage and return with extensive practical experience in creating and delivering procurement, project turnarounds, resolving disputes and project recovery.

Prior to joining Peak Gen, Andrew worked as a consultant delivering commercial support to construction clients and contractors. Significant assignments included acting as Head of Commercial for HS2 Phase 1, Commercial Lead at Costain and Commercial Director for North Europe at Alstom Power.

Andrew maintains an in-depth knowledge of formulating commercial strategies based on NEC and FIDIC forms of contract. Integrated collaborative working has formed a large part of his professional experience. 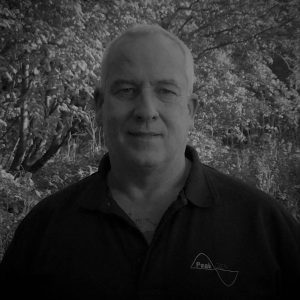 Martin joined the Operations Team of Peak Gen in September 2020 and has the remit of looking after the Southern sites. He has a wealth of experience gained from working both in the Armed forces as well as several private companies operating in similar fields to Peak Gen. 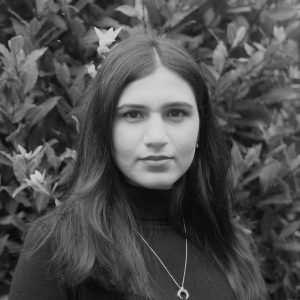 Sharan graduated from Coventry University achieving a 1st in her BSc Computer Science degree in 2019 and has just completed an MSc in Data Science and Computational Intelligence.

She joined the Peak Gen Commercial team in 2020 and is responsible for turning raw data into valuable insights that the commercial team will use to ensure maximum value is extrapolated from Peak Gen’s current (and future) portfolio of assets. 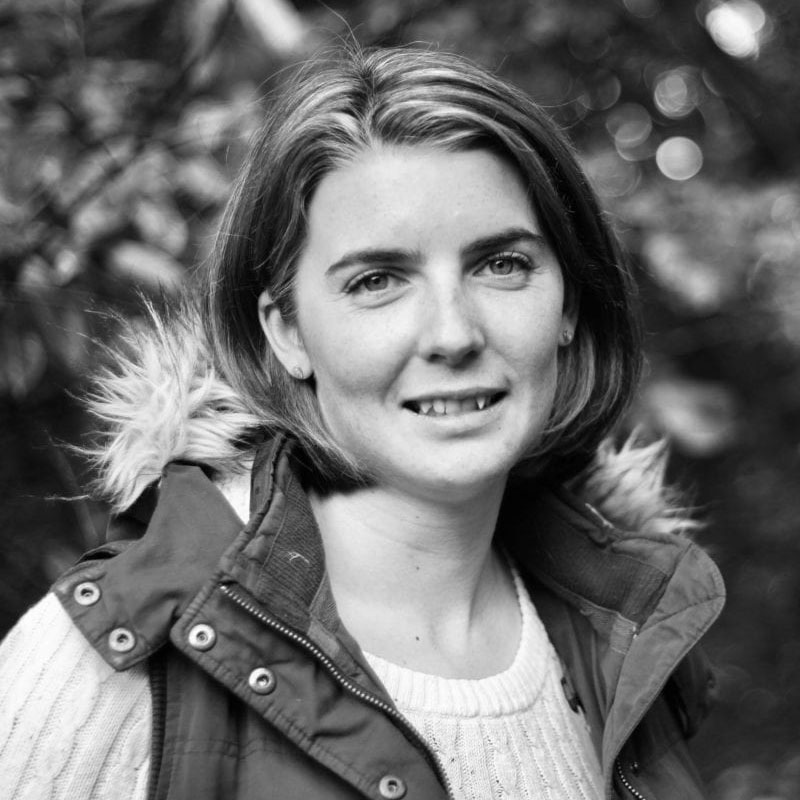 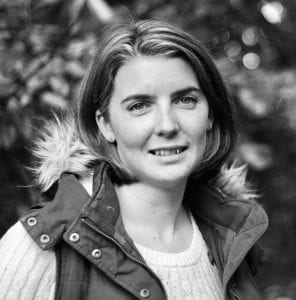 Sally has over 17 years of engineering experience in the energy and utility sector. Prior to joining PeakGen, Sally worked at National Grid where she held various engineering roles.  Most recently she was the Technical Manager for the Granite State Power Link project, an AC-HVDC project aimed with transporting 2GW of renewable energy from Canada into New England, USA. Sally has also been an Operations Team Leader for four high-voltage substations in the south Birmingham-Worcester region. As part of this role Sally qualified as a high voltage, low voltage, and mechanical Senior Authorised Person.

With a MEng in Mechanical Engineering and a PGDip in Power Systems Engineering, Sally is a versatile engineer and supports PeakGen with their engineering and business development functions.

Sally has also Founded her own business “This Girl Runs” and has helped thousands of women all over the West Midlands start running in fun and friendly communities. 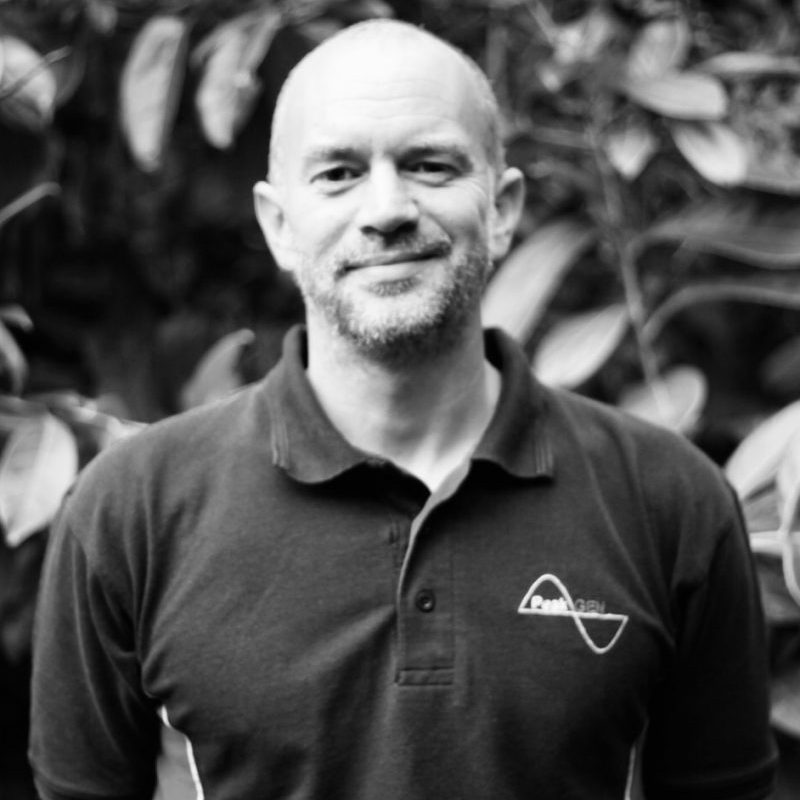 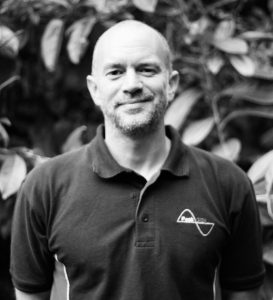 Simon joined PeakGen in 2016 and is responsible for the day to day operations at PeakGen’s largest site; Peterborough. This site consists of 8MWs of battery storage and 20MW of diesel generators. Simon has previously worked for Aggreko and other large temporary generator companies as the Senior Engineer maintaining emergency diesel generators for various DNO contracts. Simon has also served in the British Army as an electrician for 12 years and has been on many overseas tours. 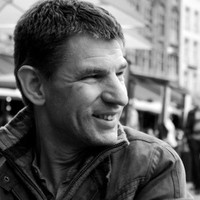 Nick has over 20 years of experience in the power industry and holds an engineering degree from Warwick University.  Most recently Nick worked with Uniper’s (formerly E.ON) trading business in Germany in a range of roles including Structured Trading, Capacity Markets and Risk Management. Prior to moving to Germany, he was responsible for the forward optimisation of Eon’s UK generation portfolio.

Prior to joining E.ON he worked for National Grid, where he initially worked on the design of extensions to the transmission system for the connection of new power stations and then within the commercial division of the system operator. 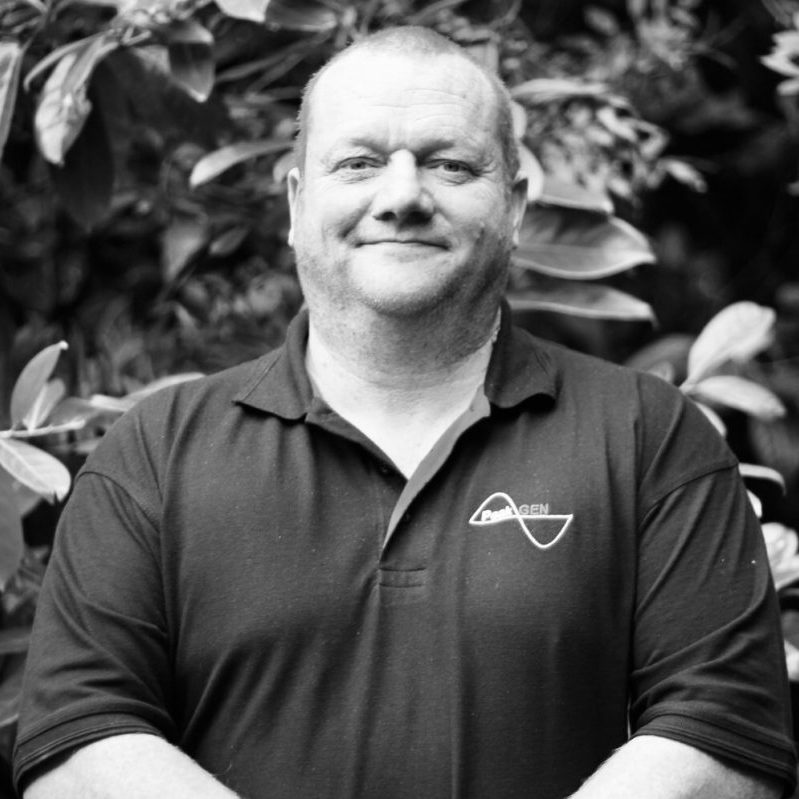 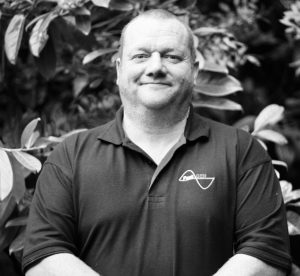 Keith joined Peak Gen in 2014, his first role was Operations Engineer and he now works as an Operational Site Attendant covering multiple sites.

He has extensive experience in the industry, previous to Peak Gen working in the military for 18 years.